Christmas corporate gift packages have always been a great east in the Western Hemisphere. The story began with industrialization in the 19th century, when the first major companies emerged. The fact that the large number of employees should be satisfied with their work caused a lot of headaches for salaries. 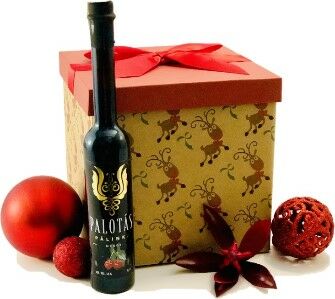 Previously, there was no such model, employment took a completely different perspective, as the companies that were successful at the time had to bring together hundreds of employees. From the middle of the 20th century onwards, this trend intensified in particular, with IBM, Nestlé or General Motors constantly struggling with the task of guiding so many employees towards a common goal. High fluctuation has never been lucky in the life of a company, so they have always tried to avoid it. For them, the Christmas corporate gift package was practically present from the very beginning as a motivating factor. Although, many companies didn’t completely rethink the thing, and the end of the gifting became an insult rather than a gratitude. Without mentioning the names, in the most beautiful days of metallurgy, for example, the Christmas corporate gift package was nothing more than 2 bottles of milk, christened a protective drink. Then, in the New Year, it was a big surprise that only half of the jobseekers took the job, not necessarily because they were offended, but because it was then that they realized how dangerous their profession was. Fortunately, there are other times and a Christmas corporate gift package is a really great gift for everyone.

Ideology in the basket

So, like many other things, the Christmas corporate gift package had its own development path, and it worked differently in different regions if we only stayed in Europe. The Eastern Bloc, for example, was more enthusiastic about gift packages in the 1950s and 1960s, not least because they were inhabited by kinder people, but because they were part of the current politics. That is, the emphasis was not on motivation, but on spreading ideology. And in the gift baskets tied with red-star ribbon, the protagonist was mostly alcohol so that people could forget what they were living in as soon as possible. The pinnacle of Christmas corporate gift packages was undoubtedly provided by dictatorships, in which gifts were not infrequently outright morbid. At the same time, the opposite is also true, if the situation so wished, he would have received a gift package the size of the person he most wanted to bribe, which could be up to several years of salary.

Fortunately, most of the above are no longer remembered, and Christmas corporate gift packages have been put in place. They are mostly about two things: sincere kindness and recognition, which is also a motivation. In terms of aesthetics, there has also been a lot of development, with a gift box today with decorative straw in it, offering an incomparably more beautiful look than a gift basket wrapped in crisp cellophane. We could also say that Christmas corporate gift packages are for adults. And this is most realized in the fact that it is really a pleasure to get one, for Christmas or any other occasion.